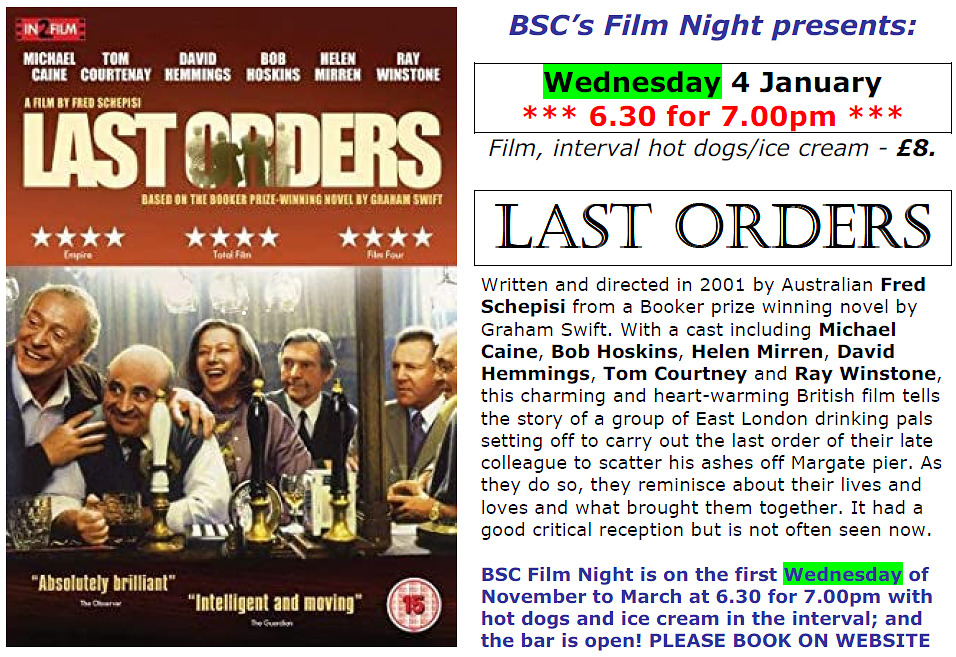 BSC's next Film night is Wednesday, 4th January. As usual, we gather at 6.30pm for a start at 7pm, with hot dogs and ice creams in the interval.

Written and directed in 2001 by Australian Fred Schepisi from a Booker prize winning novel by Graham Swift.

With a fantastic ensemble cast including Michael Caine, Helen Mirren, Tom Courtney, David Hemings and Ray Winstone, this charming and heart-warming British film tells the story of a group of East London drinking pals setting off to carry out the last order of their late colleague to scatter his ashes off Margate pier. As they do so, they reminisce about their lives and loves and what brought them together. It had a good critical reception but is not often seen now.