Sailing and regattas have undoubtedly taken place in Bosham from time immemorial but Bosham Sailing Club was founded in 1907. Documentary proof is provided by an article in the Chichester and West Sussex Recorder dated 27th November 1907 and a copy of the Regatta programme dated 17th September 1908. Both show the names of the Founder and President E. K. Collis-Chapman Esq. and the first Commodore Col. A. T. Simpson. The Club opened from 10am to 10.30pm and membership was available to anyone over 18 years of age with subscriptions of 1d per week and no joining fees.

The original Club Headquarters were established at "Paddy's Studio" in Bosham (later it became a house called "Littlecroft") and its members were local fishermen and recreational sailors. The Club suspended its operations during the 1914 -18 war but they were revived by members on their return from the war, notably the Founder and first President (by then Captain E. K. Collis-Chapman MC) who remained a continuous and active member of the Club for almost 50 years. In those early days the Club operated from 3 locations Bosham, Cobnor and Itchenor but in 1927/8 Itchenor sailing Club was founded. 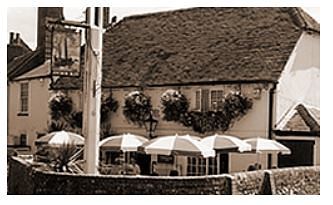 During the period between the wars the Club grew, meetings were held in the "Anchor" and in 1927 a clubroom was established in the Raptackle on the Quay. Club activity was suspended again for the duration of the 1939-45 war and revived in 1945 when, for 15 years, Frank Parham (Commodore in 1952/53) became Honorary Secretary, assisted by his wife, Grace, as assistant Honorary Treasurer.

In 1947, when membership was 250, the ex MTB (formerly MGB) 614 was purchased and moored against the Quay and served as the Clubhouse until 1955, when it had to be removed. By this time, Club membership had trebled and larger premises were needed. MTB 614 was sold to the Sea Scouts, towed to the Thames, and moored off Tower Bridge. 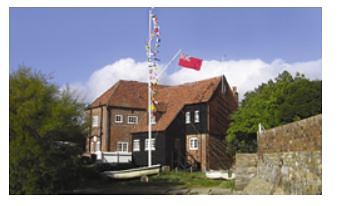 In 1955 the Committee, in which the Commodore, L. Howard Wilkins DSC, played a leading part, negotiated a long lease of the Mill House from the Earl of Iveagh, Lord of the Manor of Bosham. Extensive alterations were made to the Mill with £4000 raised by the members. In 1956 the Club moved in and later acquired the adjoining cottage and garden, which was converted into a patio and viewing terrace. The cottage originally provided accommodation for the resident Steward and subsequently holiday accommodation for members which was dispensed with in 1992's alterations. In previous years the Club began leasing the Raptackle and Dinghy Park, which now has spaces for 500 dinghies.

For many years Cobnor, the use of which we owe to the generosity and kindness of the Beale family, has been an important place for the Club. It is 'home' for the very popular 'Junior Week' which started in the mid '60s. Dinghy races are started and finished there when tide conditions are unfavourable at the Quay. In 1972 a long felt need was fulfilled when the club erected the Pavilion and toilets at Cobnor at a cost of £4,000. Membership had reached 1600. 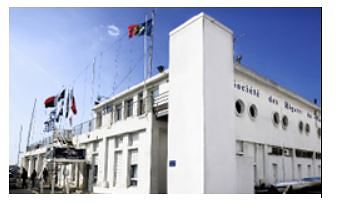 In 1973 we became "twinned" with the Societe des Regates du Havre, a famous French sailing Club which was founded in 1837. Annual visits are organised for the Cruisers, with one club hosting the other in alternate years - a highlight of the Club's Cruiser programme.

In 1992, under the leadership of the then Commodore, Air Vice Marshal John Downey CB, DFC, AFC, the Club became a limited company and major changes were made to the Clubhouse costing over £200,000.

During the nineties we saw membership decline by 200 and then rise by 350 to its maximum of 1800 by 2002, with a waiting list of over 100 in 2003. Today, the Club is thriving with approximately one third of the members 'local', with 400 Cadets in total. The Club regards itself as a 'family' club with a policy that has always been to maintain its sailing character. Prospective members have to satisfy the committee of their active interest in sailing before being considered for election. The Club is run by the members for the members with the help of a permanent staff of 5. The Dinghy and Classic Dayboat fleet is over 600 with a Cruiser fleet of some 150 boats. The Club is an RYA recognised training centre and has a wide and varied programme of sailing and social activities which includes National sailing events, Open meetings and Regattas as well as the normal Club racing and Rallies.