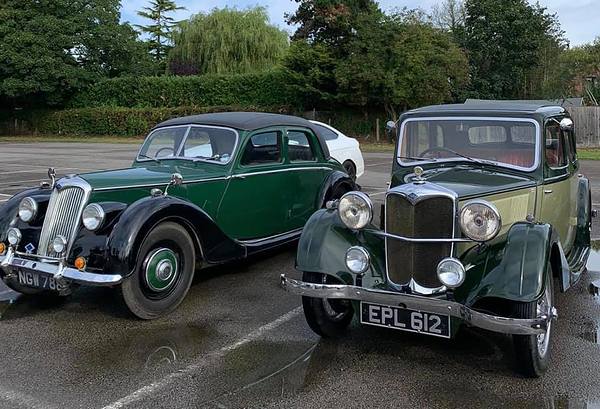 BSC members and friends filled the Sunday of what would otherwise have been the Bosham Regatta with an event of a different stripe: a drive-out in their classic and sports cars.

Fourteen cars, from a 10 horsepower Austin 7 to a 600bhp BMW M5, took on a challengingly twisty 62-mile route up to South Harting and then into Hampshire for a loop around the Meon Valley via a windward mark at the spectacular Old Winchester Hill.

Cars that started from the Bosham car park included a 1969 Jaguar E-type, 1972 Triumph TR6, Morgan Three-wheeler, Caterham 7, Rileys from 1937 and 1952, Mercedes SLs old and new, an elderly Land Rover, a pair of Porsche 911s and more recent sports cars from Mercedes and BMW.

There was only one retirement and one equipment failure but no capsizes, despite a surprise watersplash and coffee stop at the former HMS Mercury. Not quite a regatta then but good fun and a recce for what could become a regular thing in the village.