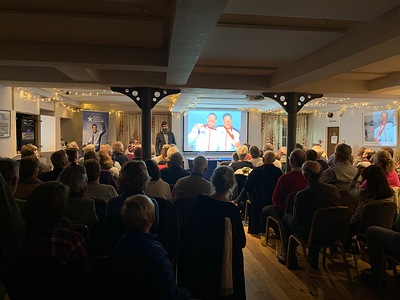 Iain has kindly agreed to share with us some insights and his experience on the Americas Cup circuit. Most recently as Team Manager he was involved in mounting and running a very successful campaign for Artemis Racing. You may recall that the Artemis helmsman for that campaign was Nathan Outteridge (49er Gold medal London 2012 and Silver in Rio 2016) who is one of the commentators of the excellent coverage we have been enjoying of the event in the Prada Cup.

Iain is one of our most talented and successful sailors having won 2 Gold and 1 Silver Olympic medals in the Finn and Star class, over 4 Olympic games between 2000-2012. He started the GB dominance of the Finn class with his Gold medal in Sydney in 2000 which continued with Sir Ben Ainslie and now most recently with Giles Scott in Rio in 2016. Giles will be representing GB in the Finn class again in Tokyo.

Iain had his first taste of of Americas Cup action in 2005 as helmsman for +39 Challenge and was part of the the GB Americas Cup challenge, Team Origin. He joined Artemis Racing at the end of 2012 as tactician, following the London Olympics. He was appointed Artemis Team Manager in October 2013 and was responsible for its challenge for the 35th Americas Cup. He is not currently involved with the Americas Cup and typically is now giving something back to the sport which he loves, as a coach to the British Olympic sailing team due to compete in Tokyo in JulyAugust this year.

Iain's Star crew, with whom he won gold in Bejing in 2008, was Andrew 'Bart' Simpson. Bart tragically died in a sailing accident in May 2013 and in his memory Iain and Sir Ben Ainslie were instrumental in setting up the Andrew Simpson Foundation of which they are both Trustees. The Foundation is flourishing and doing fantastic work getting young people on the water (andrewsimpsonfoundation.org) and organises the popular annual Barts Bash.

Like all charities its income has suffered very badly in the last 12 months so any contribution you are willing to make after his talk would make Iain veryhappy.

Bosham Reach online webinar by Zoom, 6pm Thursday 4th March. The link to join will be sent to all members the day before.