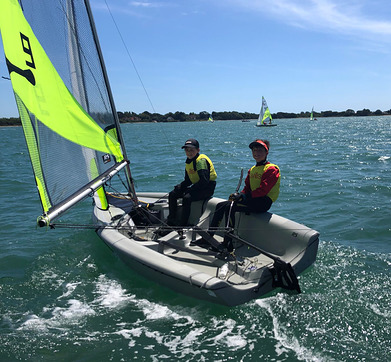 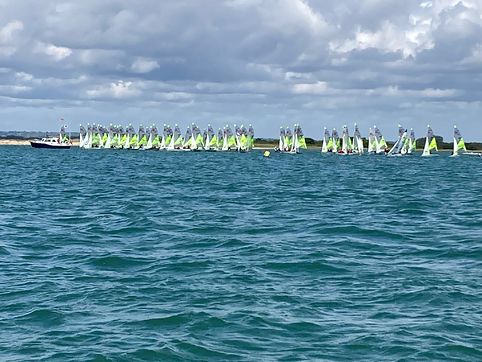 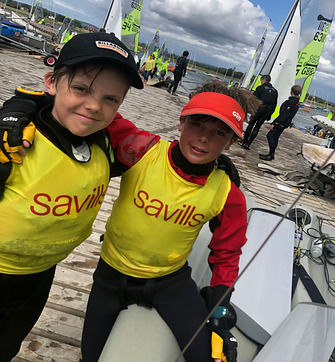 Whether it was a chance to have two days off school, or because they absolutely love sailing, 19 BSC cadets competed at the 2022 Schools Week at ISC on Monday 27 and Tuesday 28 June. A total of 98 Fevas were racing, with teams representing their schools.

Schools Week has often been the introduction into Feva sailing for many a Bosham cadet, and this week we saw some phenomenal sailing from many of our younger cadets, who spend most of their time in Cutmill in Oppies. The start line alone is daunting enough, with almost a hundred boats lined up, but Monday saw really challenging conditions that tested even the more experienced sailors.

They faced very shifty winds that dropped only marginally for a while, then built again, coupled with increasingly bigger seas and wind over tide for most of the day. Three races were held, with the decision not to run the fourth for good reason, as when you looked around the Harbour, there was a lot of safety boat action.

On day two, the conditions were near perfect - fantastic wind and just enough unpredictability to make each race very different. The Bosham competitors should be really pleased with how they sailed - the final results saw five teams with BSC cadets in the top 20. The sailors were: