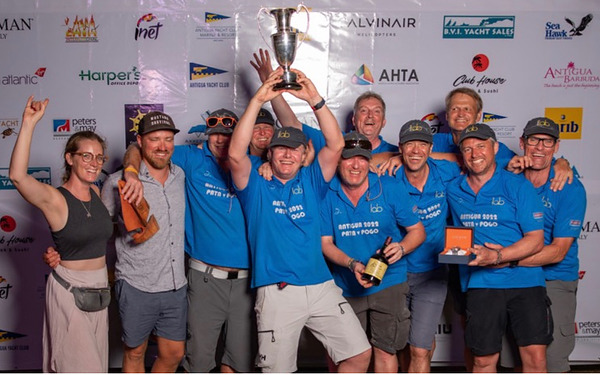 Congratulations to a combined team from Bosham and Itchenor that have returned from Antigua where they ran a two boat campaign in the 53rd edition of Antigua Sailing Week.

Hermes, a Pogo 12.5 helmed by Alistair Langhorne, won their class for the week overall. Sailing in near perfect trade winds all week and with a format of two windward/ leeward courses a day meant more time on the water. Al's team won the regatta with a race to spare. Sailing with Al were Roger Ewart-Smith, Barnie Hartley, Mark Timberlake, Richard House, David Jones, Jonathan Turner and James Leaver, also joined by Richard Jordan from HISC.